(or a certain kind of nonsense) 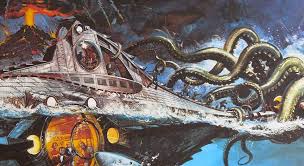 The writer stepped out of the boat on 12.12.2010 and like Jesus or was it King Canute who stood and commanded the waters ‘Stop, come no further’. I walked, I swam, I sank in the flooding waters of social networking while I hastily googled ‘How to make an ark’ as those very technological waters lapped around my ankles. I soon learned with 6,489 other viewers, on a You-tube instructional video, from a guy called Norris who lives way out-of-town, near Baltimore in Maryland USA, just how easy not, that is to do.

I think it is one of the crimes of the aged who recognise supposed ‘medical loss of memory’ makes a great let-out for saying the most ill-founded, illogical and controversial nonsense. Generally, rational society forgives infants, the infirm and the elderly for errors of opinion and fact. Seniors can be razor-quick to take advantage and allow relevant gaps in their sentences to add weight to the notion that what they are saying, however apparently half-baked, should be given more credence due to the march of time, let’s not say ‘senility’.

Of course, it was actually Jesus who walked on water, Canute who spoke to the water – unsuccessfully, Moses who spoke to the water – successfully and Noah who built a big, wooden boat and called it an ‘ark’. It was, however, Captain Nemo who in many ways topped the lot by building a sea-craft, the Nautilus, that descended under the water to unknown depths to explore the mysteries of the deep. … relevant gap … While I assume at this point you may well indeed be unclear whether I recognise what is indeed fact or fiction, you are at least ‘hanging in’ there with me … That assumed I may continue, fairly confident that I have managed to at least half deliver a major hoodwink to you, my dear readers.

Jules Verne imagined a genius inventor with a troubled conscience who embraced the future while repressing the past, never an easy skill and one that eventually did him no favours as he comes off in our thinking as somewhere between psychopath and megalomaniac. Without a doubt, he can be considered dangerously crazy even with hindsight and that view could not be construed overstated or a harsh social character analysis.

When this writer stepped from his wee yoal, named the ‘Dubious Notoriety’ and into that great sea of technology’s effluence and began to float, sink, swim, flounder, he held no great pretensions other than the sincere desire to set his sail as best he could and stay afloat for at least a short while, whilst tending to his vessel, whatever form that took, within the mainstream or possibly the wake, of society’s newfound cyberspace. Nothing as grandiose as Mr Noah’s unique craft you understand or as technologically wonderful as Captain Nemo’s Nautilus but for all that, the writer felt a certain draught of pioneer spirit attended his flow and so he ventured on and on and continues to do so by golly, bit by bit, hit by hit, blog by blog, site by site and ocean by symbolic ocean.

This week his site, this site, was clocked for it’s 30 thousandth time (Blog Stats : Top Right Corner). That, in a way, represents 30,000 hits under the sea. The sea of social networking that is. Certainly, the equivalent of 30,000 Leagues for me, as I continue my own personal circumnavigation of the social networking world, trying my damn-dest to make a name for myself ~ edenbray the writer. A bit like Sir Francis Chichester? Ellen MacArthur? and good old Ferdinand Magellan? He, by the way, was the first one to do that particular feat. Now you didn’t like to admit that you didn’t know who he was ~ now did you?

I've always enjoyed writing and thats all I want to do... .. . I’m not sure why I stopped writing, was it 9/11? .. . Eden Bray is born ugly, wet and covered in blood, mucous and bodily functions. The effluence of my short life .. . I'm a Writer and Artist - since 1966, now a Blogger ~ I write lots of poems, written essays, articles, reviews, opinion + comment .. . please join the shebang but more importantly please leave me a marker with a comment for my ego and my encouragement :- thanks, edenbray
View all posts by edenbray →
This entry was posted in edenbray essays and tagged 30000 HITS, CAREER IN WRITING, edenbray, JULES VERNE, PIONEERS, SOCIAL NETWORKING. Bookmark the permalink.

This site uses Akismet to reduce spam. Learn how your comment data is processed.