The ‘Expanding Universe’ or at least the theory of  ‘Blue Shift’ indicates that at least by stealth everything is in retreat.

Things and people come into your life and depart. There seems no loyalty, nothing is stable or stays the same. All is transient, everything is leaving and so are we. 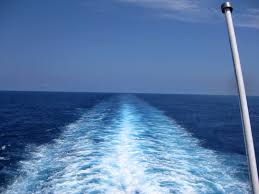 I have always been leaving

Messrs. Winmill and Vincent in 1967

All this makes no sense at all

Though inquisitive you may be

For it was in 1970 I left Grestock and Marsh

I wanted to grow, I needed freedom

For it was these friends I left behind

These thoughts and dreams

All it appeared were just fads

I was requested to stay …

As the nooses tightened

and in ’76 the NHS and all that meant

with all our money spent

and at 5 I left hearth for school

I think I have always been leaving

I left my friend Ian as I answered the mantra call

And at times it was Steve

as we both sought to breath

Then, there was Janice, Elaine, Allison, Penny

Left, after leaving, I certainly was free

This leaving can be painful

As you can see

Both friends, customers, and spectres

We swept the floors

and shut the doors

Then it was, of course, we

Lambton Road and Parchmore Road together

That was three for me

Yes, here it was us who were always leaving

As our love, our friendship was teething

We ached and hurt and pined

Other times we had to leave each other

As we fought the pressure

I think I have always been leaving

Landmarks upon my mind

As I have walked this personal line

and freedom to find

Leaving the club was not that painful

What was painful though was leaving Tate Road

The Pentecostals, Baptists, the Anglican Tradition ~

We’ve left them all from time to time

And then in ’88, a joint decision I know

We left a freedom that didn’t show

I suppose we will always be leaving

I've always enjoyed writing and thats all I want to do... .. . I’m not sure why I stopped writing, was it 9/11? .. . Eden Bray is born ugly, wet and covered in blood, mucous and bodily functions. The effluence of my short life .. . I'm a Writer and Artist - since 1966, now a Blogger ~ I write lots of poems, written essays, articles, reviews, opinion + comment .. . please join the shebang but more importantly please leave me a marker with a comment for my ego and my encouragement :- thanks, edenbray
View all posts by edenbray →
This entry was posted in edenbray memoirs, edenbray pomes, Uncategorized and tagged HISTORY, LEAVING. Bookmark the permalink.

This site uses Akismet to reduce spam. Learn how your comment data is processed.